Anil Vazirani asks: “Are you a do-it-yourself investor, should you get a second opinion?”

https://retirementplanningscottsdale.com/ Anil Vazirani asks: “Are you a do-it-yourself investor, should you get a second opinion?”

Americans who make their own investment decisions seriously underperform stock market benchmarks, and have done so for decades, a 2016 study by Dalbar concluded.

DIY tend to make “poor investment” choices, and are most often driven by emotion when making key investment decisions, the study noted.

The study results speak for themselves:
• In 2016, the average equity mutual fund investor underperformed the S&P 500 by a margin of -4.7 percent. “While the broader market made gains of 11.96 percent, the average equity investor earned only 7.26 percent,” Dalbar found.
• In 2016, the average fixed income mutual fund investor underperformed the Bloomberg Barclays Aggregate Bond Index by a margin of -1.42 percent.
• In 2016, the 20-year annualized S&P return was 7.68 percent, while the 20-year annualized return for the solo investor was only 4.79 percent.
“What will they do when the eventual bear market hits? Most will panic and sell out at the worst time, the bottom.”

“A financial plan that is goal-driven has already taken into account the inevitably of market declines. By staying invested, one increases their probability of meeting that goal.” 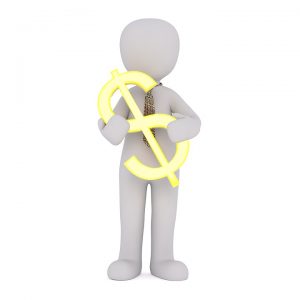 Example obtained from this article:
advisornews.com/innarticle/advisors-need-rein-investors

Tags: Anil Vazirani, Do it Yourself Investor, Investor

Anil Vazirani has earned the LACP designation from NAIFA