Per an article by InvestmentNews:

Guggenheim Partners is facing a class-action lawsuit claiming it defrauded annuity investors by saddling an insurance affiliate with high-risk assets and diverting cash from its insurance operations in part to pay for CEO Mark Walter’s 2012 purchase of the Los Angeles Dodgers baseball team.

In a complaint filed in Kansas City, Kansas, on May 22 and amended last month, Albert Ogles accused Guggenheim of deceiving customers at its insurance companies, including Security Benefit Life, from which he had bought a $145,000 annuity in July 2012. The complaint seeks triple and other damages from Guggenheim, Security Benefit Life and other defendants, according to a report by Reuters.

The complaint charges that Guggenheim and others siphoned cash from the insurance companies they controlled for purposes including the purchase of the Los Angeles Dodgers baseball team.

The complaint closely mirrors a lawsuit filed in Chicago in February 2014, which was withdrawn a day later, according to the Reuters report. 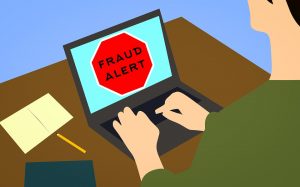