https://retirementplanningscottsdale.com/2018/10/03/anil-vazirani-explains-the-big-american-retirement-train-wreck Anil Vazirani explains THE BIG AMERICAN RETIREMENT TRAIN WRECK: The Biggest Retirement Train Wreck in History is Now Underway.  As a generation of Americans are financially unprepared for retirement.  The Train Wreck will turn the nation upside down as millions of aging Americans seek to drain public resources and strain American businesses, and burden the economy, thus dramatically change the landscape of financial security in retirement.  Unfortunately, this is not a surprise.  The facts, statistics and studies have been available, yet politicians and the public have ignored the music and kicked it down the road for decades.

Americans facing retirement are in worse financial shape than the prior generation for the first times since Harry Truman.

Their 401k retirement funds will bring in a median income of under $8,000 a year for a household of two.

Median incomes including Social Security and Retirement Finds haven’t risen for years compared with the steady rise in the 1950’s.

Bleak! More than 40% of households, 55-70, lack sufficient resources to maintain their standard of living in retirement. (Approx. 15 million households)

BLEAK…New census data shows as Baby Boomers retire, there are fewer younger workers to support the elderly. Their 401k investments, for example:

Households with 401k investments ages 55-69 have around $135,000 in their tax advantaged retirement accounts, that would produce about $600 a month in annuity income for life.

I’m going to briefly explain how we got here, the consequences and what you need to do in order to survive and more importantly how to escape the retirement nightmare coming soon.

The Great American Retirement Train Wreck:  How we got here… First of all, everyone is to blame…the politicians, Uncle Sam and ourselves.  Here are the reasons we are in the biggest bleak retirement mess regardless of being the most prosperous nation the world has ever seen.  I call it The Seven Deadly Sins of Retirement Failure.

Why the majority of Americans are ill prepared for a secure retirement and the seven major plagues that will up end decades of financial security.

No wonder why the seven deadly sins of retirement failure will rock our nation, it’s not speculation, these are facts.  Now what will be the results and consequences of the Great American Retirement Train Wreck?

Here’s what you can expect…

In fact, government legislation will be imposed in order to require children of aging parents to contribute to pay for their parents.

These are just some of the consequences of the Great Retirement Train Wreck, but here’s the Big Kicker…keep in mind there are less people working in order to support the millions in retirement. Additionally, consider that at the same time technology will replace human workforce due to artificial intelligence and robotics…a double jeopardy scenario.

Now, hopefully you can clearly see why I call this the Big Great Retirement Train Wreck.  I’ve explained how we got here and the consequences of will occur, but most importantly, now I will explain what one must do in order to not only survive, but completely side step this entire mess.

The bottom line, is Aging is now a national societal problem which will surpass all other expenditures including the cost of government, even the military.

So if you’re retiring soon or already retired, here’s what to do.

I want you to pay close attention, in fact, write these down and make a decision.

Is my current financial advisor even aware of these issues?

Has he or she addressed these issues?

So, let’s put yourself and or your advisors to the test so you don’t become a victim of the Big Great Retirement Train Wreck.  So here are the challenges you’ll have to battle with:

Let’s quickly review, when it comes to your Retirement confidence in an uncertain world, where do you stand?    Where do you stack up to the nine risks?

I’ll bet you, no financial advisor has identified these nine risks, nor addressed them with any solutions. 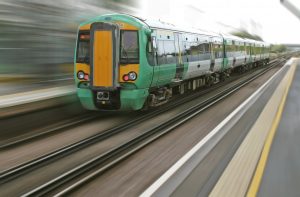 We highly encourage you to go to the Better Business Bureau website where we have over 350 reviews and an A+ rating with the BBB over the last 15 years. Click Here