In the months prior, Elliott, then the resident director of Merrill’s Peoria, Arizona, office, had been texting tips to a trainee on how to land her first client, and messaging a colleague about a gala. A more pressing matter was now at hand: whether or not he would be fired for possible prospect-outreach violations.

In August 2019, Merrill representatives sat Elliott down for five hours of questioning. His text messages, emails and phone calls were picked apart and scrutinized, according to hundreds of pages of federal and state documents obtained by Financial Planning. Prospecting violations have been a compliance headache in recent years for Merrill, both within its branches and its advisor training program.

In Elliott’s case, the wirehouse was looking into whether brokers and novice advisors in the office had phoned individuals on the company’s do-not-call list.

Both Elliott, 41, and Todd M. Bendell, 30, a trainee development coordinator in the region, were terminated September 2019 over the matter. Their departure, along with the voluntary resignation of a Phoenix financial advisor, was first reported by AdvisorHub.

At the time, Merrill encouraged financial advisors to participate in retraining sessions the company was holding about call lists and outreach protocol, according to Business Insider. A Merrill spokesman declined to comment. 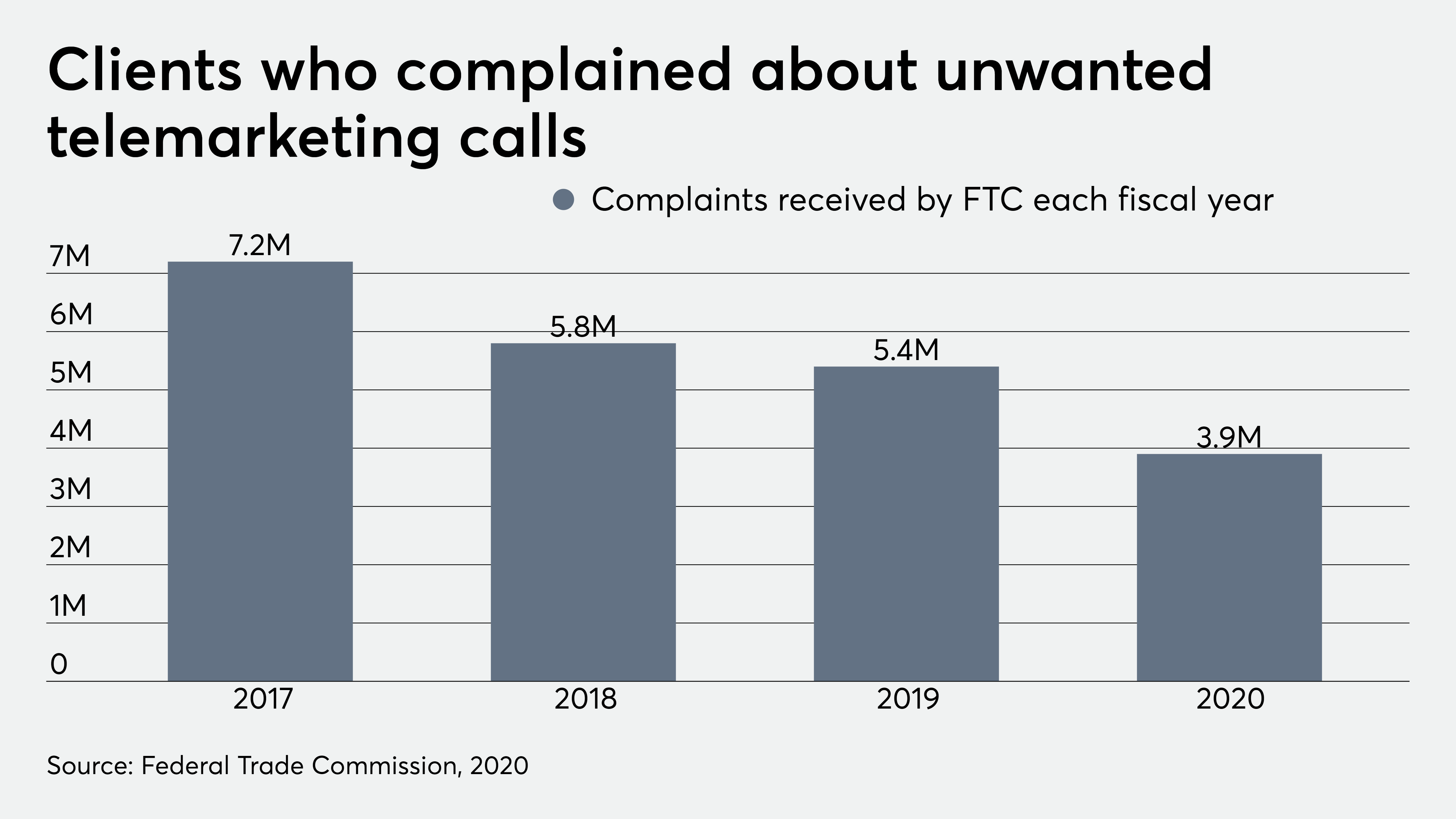 Over 340 pages of documents from the Arizona Supreme Court and the National Labor Relations Board provided to Financial Planning detail Elliott and Bendell’s departure from the firm and events leading up to it.

While it’s unclear from the documents what specifically prompted the Merrill investigation, they shed light on other potentially problematic forms of outreach to prospective clients at Merrill in recent years.

A long relationship
Until their termination from Merrill, Elliott and Bendell had spent their whole careers at the firm; Elliott had been there since April 2003 and Bendell since July 2013. Documents reveal that, in July 2019, Elliot was placed on administrative leave.

Elliott, a former On Wall Street Top 100 Branch Manager, supervised 16 financial advisors and managed $68 million in client assets in Merrill’s Peoria office, according to applications for individual fiduciary licenses he and Bendell sent to the Arizona Supreme Court at the end of January 2020.

Bendell was the development program coordinator for the Scottsdale and Sun City market, where he supervised and managed the program, according to his LinkedIn profile and FINRA BrokerCheck report. He managed more than 20 trainees before his termination, according to his Arizona application.

Both Elliott and Bendell oversaw trainees in that location as part of the wirehouse’s Financial Advisor Development Program, which hosts roughly 3,000 trainees across the country. Elliott provided “several trainees” at his branch with prospect lists to get them started in building their book of business, he wrote in his fiduciary license application.

At the beginning of July 2019, Merrill requested items including copies of Elliott’s lead lists, Salesforce reports, login information for internet sites he used to generate leads, and text messages and emails from his personal account to coworkers, according to documents.

Messages between Elliott and trainee Rachel Owens, as well as Elliott’s correspondence with an unnamed colleague, pointed to how brokers were allegedly obtaining contact information for client prospects. Owens, who was registered with Merrill for a little over a year, did not return three requests for comment via phone and LinkedIn.

Elliott texted both Owens and the unnamed colleague about purchasing resumes from CareerBuilder, a service that gives employers access to resumes on the site for a monthly subscription fee. Resumes offered access to cellphone numbers of client prospects, according to the text messages.

In one text to Owens, Elliott indicated he had paid $1,500 for CareerBuilder. The other colleague messaged Elliot in June 2019 regarding a payment of $435 for one month.

Elliott may have also paid someone for leads, according to messages with Owens, who wrote that an individual, whose name was redacted, could send 500 to 700 leads by every Sunday night for $100 a week paid “under the table,” according to the documents.

“Ok. I can venmo him,” Elliott wrote.

The inquiry
On July 18, 2019, Elliott texted Owens that he had been placed on administrative leave. She had left Merrill at the end of April, according to BrokerCheck.

Merrill allegedly told Elliott he’d made 2,000 calls over the past 1.5 years, and 600 of them were on the do-not-call list, according to another text he sent to Owens that evening, as well as a letter from his attorney to Merrill sent July 29, 2019.

Calling phone numbers on a state or federal list, as well as a company’s own do-not-call list, is a violation of Bank of America policy, according to disclosures. It may also be illegal under Federal Trade Commission rules.

Merrill representatives questioned Elliott on August 14, 2019, in the presence of his attorney, Baskin, according to a 25-page company memo that summarized the meeting. In addition to questions about his own outreach to prospects, the Merrill representatives asked Elliott about his texts with associates and trainees, and whether trainees who cold called had “seen success” with the strategy, according to the memo.

At the same time that Elliott and Bendell were terminated from the firm, Johnathan Rankin, who was registered as a Merrill financial advisor in Phoenix, resigned over identical accusations. Rankin did not return a request for comment.

This is not the only time in recent years that Merrill has dealt with client prospecting violations. In 2014, the company settled with a New Hampshire regulator for $400,000 after finding that its brokers had called people on the state and company’s do-not-call list, where individuals had opted out of sales calls.

In January 2020, Elliott filed a complaint against Merrill with the National Labor Relations Board, an independent federal agency that investigates and remedies unfair labor practices by unions and employers.

Elliott said his ex-employer had required employees to provide personal text messages, emails and other documents that discussed “protected concerted activities,” according to documents sent to Financial Planning from the NLRB. The board dismissed the charges within a month, according to an email an investigator sent to Elliott February 13, 2020.

As for Bendell, he hired an attorney to help negotiate the removal of his termination from his U-5, according to his application for an individual fiduciary license sent to the Arizona Supreme Court. “The firm was not willing to negotiate,” he wrote.

Elliott and Bendell may be out at Merrill Lynch, but they are registered as investment advisors still doing business in Arizona.

Elliott and Bendell opened a state-registered RIA, Optima Capital Management, in November 2019, where they manage more than $20 million for approximately 32 clients, according to their ADV. Rankin is CEO of Theorem Wealth Management, an advisory practice doing business as Sanctuary Wealth, a Carmel, Indiana-based dually registered firm.

“The firm vetted Merrill’s U5 language for Rankin through an extensive due diligence process,” a Sanctuary Wealth spokeswoman said in a statement.

Shortly after registering in Arizona, both Elliott and Bendell submitted respective applications for individual fiduciary licenses with the Arizona Supreme Court.

Anyone serving as a fiduciary for a fee, in that they are appointed to handle the financial affairs of someone who is unable to do so themselves, must be licensed in the state of Arizona, according to the Arizona Fiduciary Association.

The Fiduciary Board of the Arizona Supreme Court ultimately denied both ex-brokers’ applications, concluding that Elliott and Bendell had made “false or misleading oral or written statements” by providing inaccurate supervisory information in their submissions, according to the order from October.

Elliott and Bendell acknowledge they may have called individuals on the do-not-call list but said they fully cooperated in Merrill Lynch’s review, according to their applications.

Both Elliott and Bendell say they have learned from their experience at Merrill.

“This situation has been extremely humbling and the biggest learning experience of my life,” Bendell wrote in his Arizona application. “I genuinely believe this termination has and will continue to make me a better person and mentor.”