In 2009 the world’s 6th largest insurance company, Aviva PLC, filed suit against Anil and his company, Secured Financial Solutions, LLC, in which it attempted to silence Anil’s important First Amendment-protected speech about Aviva’s business practices.  After eighteen months of litigation, on October 2, 2012 Judge James A Teilborg dismissed all of Aviva’s claims against Anil, finding that Anil’s “use of Aviva’s trademarks on the Website and in the domain names is not in connection with a sale of goods or services—it is in connection with the expression of [Defendants’] opinion about [Aviva’s] goods and services.”

David Bray, Primary Counsel to Anil commented: “in its lawsuit Aviva attempted to extract a price for the exercise of Anil’s First Amendment rights to criticize Aviva’s business practices.  That is not the America that I know and believe in.  Thankfully the Court agreed.”

Anil Vazirani is president and CEO of Secured Financial Solutions LLC in Scottsdale, Arizona, and has firmly established himself as an industry leader in educating retirees and pre-retirees in matters of wealth preservation.  Focusing on safe investment vehicles, Anil has been helping clients maximize retirement dollars, while minimizing tax obligations since 1994. Visit website at https://retirementplanningscottsdale.com

* As seen in the United States Courts for the Ninth Circuit: https://www.ca9.uscourts.gov/media/view_video.php?pk_vid=0000008414 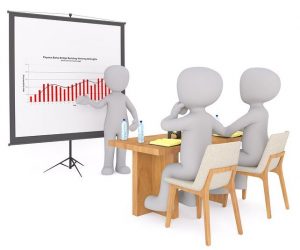